Elderberries should have a rich purple color them.

Elderberry is more popular in Europe especially in places like Austria, Germany and Switzerland. But elderberries can be found throughout Europe and even into the Middle East. Elderberries have played a significant role throughout the ages in folk medicine especially when it comes to cleansing the body. Hippocrates, the "father of medicine", said the elder tree is a "medicine chest".

Elderberries have a naturally rich purple color, and like other berries, their rich color is an indicator of the nutritional benefits they can provide our bodies.

Depending on where you live in the world, this berry may or may not be available to you as it is not readily found in most grocery stores. If elderberries are something that interest you, then chances are you will probably most likely need to buy it in a supplement form from your local health food store. 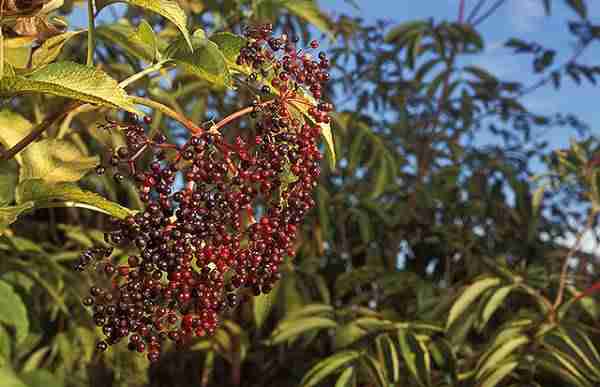