It's relatively simple to determines if the raspberries are fresh — simply look at them. If you see they look damaged or no longer fresh, then they probably are. Ultimately, you just want raspberries that are firm, plump and have a nice deep red color to them. Raspberries spoil relatively quick so just buy what you need or pick what you need and then either freeze them or use within a day or two.

Raspberries can often be found growing in the wild, in parks, etc and so you can pick them if you want. Some farms offer you the ability to pick your own — this method is known as "U–Pick". In addition to raspberries, many farms also allow you to pick blueberries, etc. When picking raspberries yourself, always remember to choose the berries higher up — why? Well, let's face it, dogs and other animals are known to "water the plants" and so if you choose raspberries grown lower to the ground, then they may come with extra, albeit unwanted, flavorings!

Raspberries are best picked in August but can be found, depending on the climate, from June to October.

Chinese herbalists traditionally mix raspberry juice with honey to help alleviate a dry cough due to a cold. 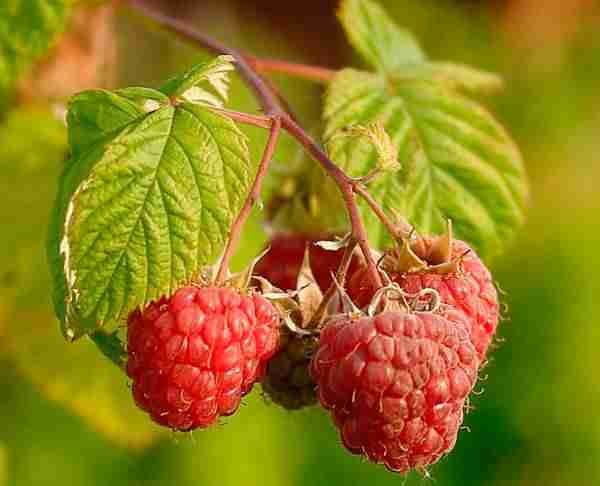