Put your finger into the bottom of the melon where the vine was attached. You should be able to push slightly inwards and when released, the melon should rebound.

Melons are best drunk by themselves. Therefore, do not combine with other fruits, melons or vegetables.

Most of the nutrition from a melon is inside its rind. Therefore, you definitely want to juice the rind and as such, try to get organic melons when possible.

I must admit, I don't enjoy the taste of watermelon juice as much as I enjoy cantaloupe juice.

Melons in general have a strong yin (cooling) effect on the body. As a result, it is suggested that melons be avoided by those with a cold (yin) constitution. Individuals with a cold constitution may develop diarrhea and edema if they eat or drink melons. Conversely, those with a hot (yang) constitution will find melons are beneficial in reducing internal heat, helping to relieve constipation and encouraging urination.

While fiber is needed for bulk, without the moisture, the fiber does no good. Individuals suffering from constipation need to reduce and/or eliminate those foods and beverages that create too much internal heat (yang). Obviously drinking water is crucial but melons along with other yin foods can be used to help promote a healthy bowel movement. When a person has a healthy bowel movement, their stools will be moist, not hard or dry. A healthy bowel movement will coil in the toilet bowl and form a ring. This is an indication that you have both enough fiber and moisture. 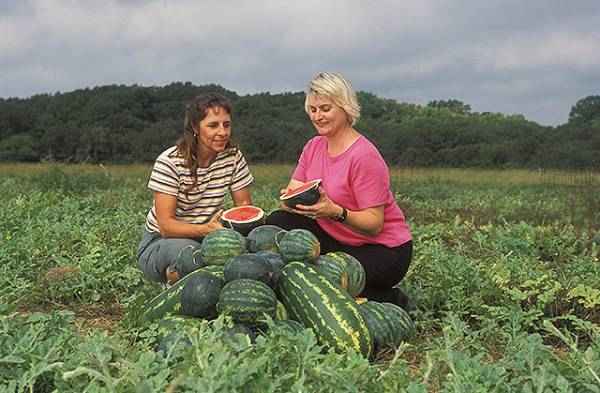