Redcurrants are typically sour in taste, although not as sour as a cranberry. The blackcurrant is more sweet in taste. So when choosing your currants, don't let the sourness of the redcurrant fool you into believing it's not fresh or ripe.

Blackcurrants are traditionally more popular in terms of both currant juice and medicinal properties. But redcurrants should also be taken advantage of when you have the opportunity.

What benefits might those be? Well, currants are known to provide an exceptional source of vitamin C and gamma–linoleic acid (an Omega–6 essential fatty acid that is hard to find). Currants also reportedly provide more potassium than a banana. Additionally, natural compounds within currants are said to help reduce arthritis inflammation in a similar way to some over the counter medication. But these natural properties, especially those properties that help combat arthritis, can be easily destroyed by heat and light. So while you can buy currant juice, doesn't it make sense to make it yourself and drink it fresh?

While blackcurrant jam is nice, we all know that jams are heated and thus many of the critical nutrients are destroyed.

Currants — are you currently getting enough?

As a side note, there are other varieties of currants now available including white currants and pink currants. 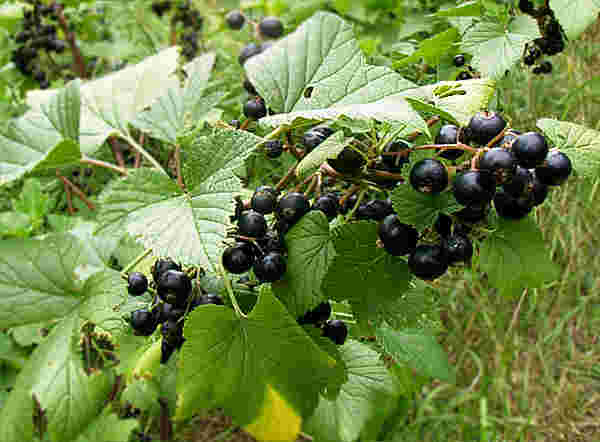 Red currants look exactly the same as black currants except they are red (: