Kumquats contain a lot of vitamin C, but 80% of the vitamin C in kumquats is actually found within the peel itself.

Kumquats are members of the citrus family which include oranges, limes, lemons, etc.

A kumquat is relatively small considering it is about the size of a cherry.

You can eat the whole kumquat although some people do not like the seeds.

The kumquat growing season is from November until March.

Kumquats originated in China during the 12th century. Later, kumquats were introduced to Europe and other parts of the world. 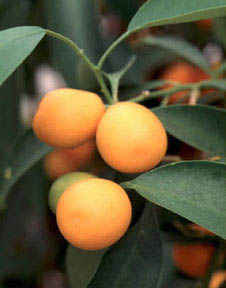