Avoid Celeriac with any rotting.

Celeriac is a natural diuretic and so use in moderate amounts.

Celeriac has a nutty taste, rather than the celery taste most would expect. Celeriac is nice to use once in a while to mix up and change your routine. 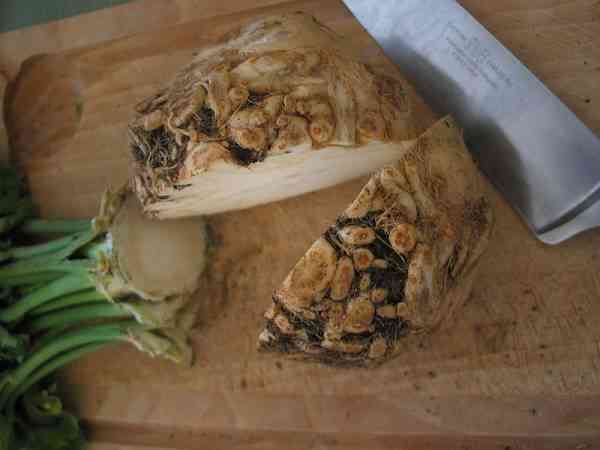