Eggplants are best harvested between August and October. Eggplants should have a glossy skin and many of them are purple in color. Once cut open, the fleshy part of the eggplant should be spongy with an off–white color.

If you are growing your own eggplant, don't be surprised if you find a worm or two in the eggplant.

In France, eggplants are known as aubergine.

Eggplants can range in color from purple to white.

It is said that eggplant can help relieve mushroom poisoning.

Eggplant helps to nourish the blood and qi and contains a balance of yin and yang energy although it has a slight cooling effect.

Studies in China have found that due to the Vitamin P content found in eggplant that this vegetable is helpful for those with arteriosclerosis. The study also found that the elderly in China are less likely to suffer from bleeding than those in western countries.

A traditional home remedy for stomatitis (inflammation of the mucous lining of any of the structures in the mouth) is to bake some fresh eggplant until it appears as dark as charcoal but still normal inside. Mix with honey and then chew like chewing gum.

Another Chinese home remedy is to soak corns in eggplant juice. This helps to soften the corn before removing it. 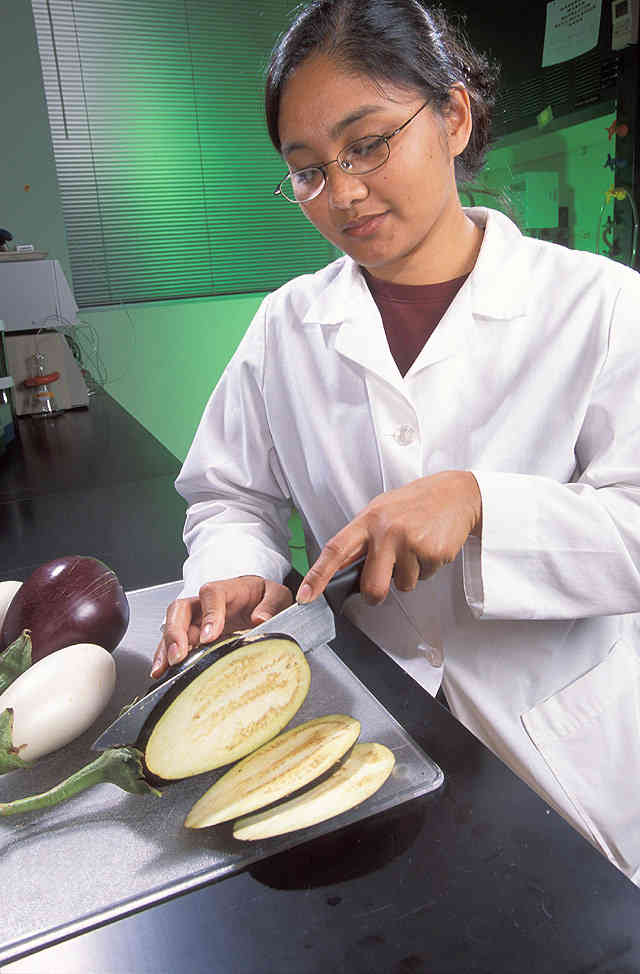 The peel of this white–fruited eggplant lacks anthocyanin pigments that give many eggplants their purple to black color.