Ginger is a bumpy root. The ends are normally dry, but that's okay. If you cut off the ends, you get to the juicy part. Only buy as much Ginger as you need. If the Ginger Root in the store is too big, simply break off the amount that you need.

I only use about 1 cm of Ginger Root at a time. Its taste is powerful.

Ginger Root does have a strong taste, but it's one of my favorites! I really enjoy Ginger Root juice, especially when combined with the standard blend apple juice and carrot juice.

Traditionally, fresh tender ginger is used in cooking while fresh older ginger is used for its therapeutic benefits in China. Fresh ginger is sometimes referred to as "baby ginger" and is often available in Chinese stores in June and July as it is a seasonal product.

Old ginger, also known as "mother ginger", is also available in Chinese stores but is difficult to chew. 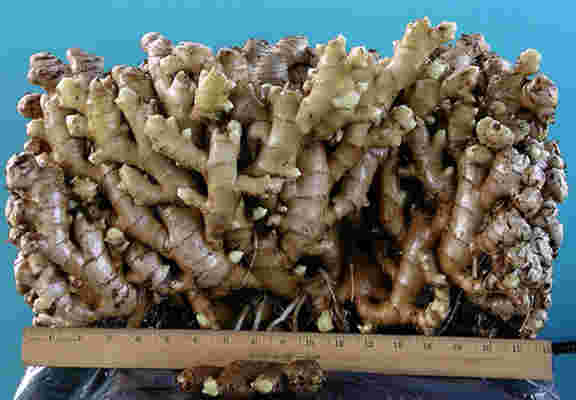