Gooseberries can vary in color from green, white, yellow and even shades of a reddish–pink.

Typically, the gooseberries drop to the ground naturally when overripe.

Gooseberry is a very good source of vitamin C. While not commonly found, this berry is worth mentioning for those that access to fresh gooseberries. Presently, not much information is readily available about gooseberry, but that could all change as more people become aware of its naturally high antioxidant capabilities.

I decided to add gooseberries to the juicing list because I can remember, as a child, eating gooseberries while growing up in the Pacific Northwest. Although I am no longer around gooseberries or have easy access to them, it's important and beneficial for us humans to get a variety of nutritional sources into our diet. Sometimes it is those fruits, vegetables or berries that don't have the prestige, glamor or fame that other foods have, that are in fact quite beneficial for us. Gooseberries are one such food, that if you have access to, should not be ignored. 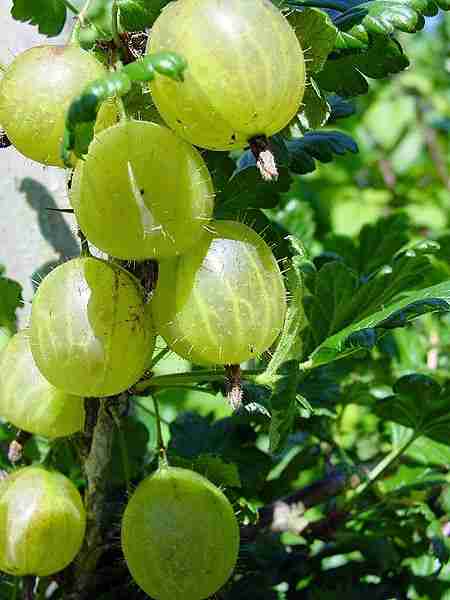