If you buy fresh bamboo shoots, then you must first boil them for 5 minutes to remove the bitter taste. Once cooked, then slice as needed.

Since bamboo shoots are usually soaked in water, the juice you make from juicing bamboo shoots may be more water than actual juice. Nonetheless, you don't need a lot of bamboo shoots to get the health benefits.

Believe it or not, but bamboo is part of the grass family.

Bamboo leaves can also be eaten and also have a strong cooling energy.

A strong cooling effect. Too much will lead to loose bowel movements. 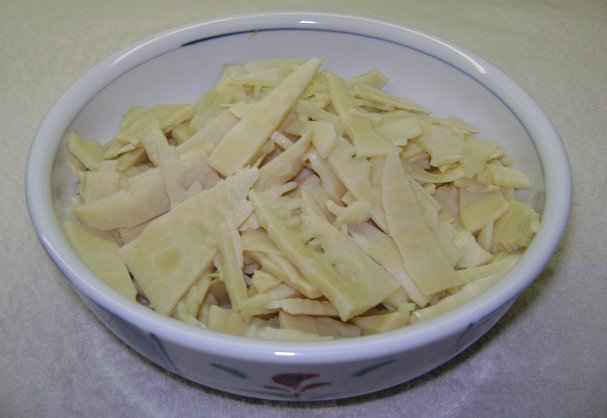