Lychee fruit should be red on the outside and white on the inside.

Lychee fruits are best obtained from an Asian grocery store.

Traditionally, the Chinese have considered the lychee fruit a symbol of love and romance. Giving lychee was often considered a proposal of marriage! So don't blame me if you fall in love with this Asian fruit.

In Chinese, lychee means "gift for a joyful life". 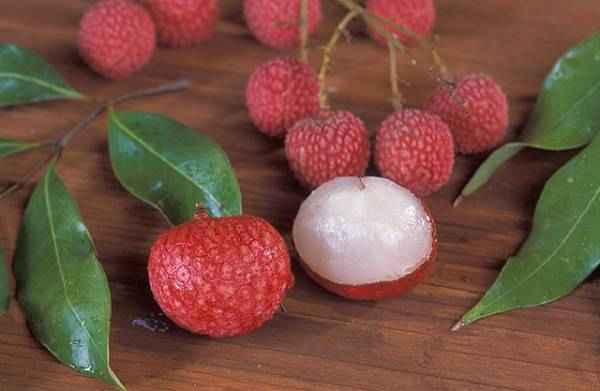