Only pick young leaves. Some varieties of stinging nettle may have a slight reddish tinge to them.

Stinging nettles are not a plant, vegetable or herb you can buy at your local grocery store. You need to pick the leaves yourself and yes, they sting. Therefore, the first thing you need to do is always wear gloves. Wear gloves when you pick the leaves, wash them and as you prepare them for juicing.

Second, always wear gloves. I am repeating this because it's easy to forget.

Avoid picking the leaves once the plant has flowered. Mature leaves can become quite bitter which can lead to irritation of the kidneys and/or bladder.

Only pick the leaves near the top 4 to 6 inches of the plant, never the bottom.

Stinging nettles sting because the tiny hairs on them are filled with compounds that sting and irritate you. But by following the above directions, you can help deactivate and destroy the stinging compounds.

Please remember, while doing the above should destroy and deactivate the stinging compounds, there is always the chance that some of the compounds won't be broken down fully and completely. I am not saying this will happen, but that there is always a risk or possibility of this happening.

Due to the fact that stinging nettle leaves are a green juice, you will find it beneficial to have no more than about ¼ of your juice consisting of green juice.

Perhaps you were like me as a child — always playing around stinging nettles and subsquently falling on them. As a child, growing up in the small town of Fort Langley, I sure can remember experiencing the sting of stinging nettle. But I can also remember a friend's mother making stinging nettle soup. My goodness it was good.

While stinging nettles have their name for a good reason, they are also one of the best western herbal remedies known. Books such as Back To Eden by Jethro Kloss will provide you with a lot of useful information about stinging nettles if you want more information. Of course, another good book is The Herb Book by Dr. Lust.

If you are a gardener, then although stinging nettles may provide you with a sting or two once in a while, it's worth noting that stinging nettles are known to attract beneficial insects to your garden. Nettles are also excellent when added to your compost.

Stinging nettle has a taste similar to spinach. Stinging nettle is excellent when used in soups, made into a tea and when added to salads (just remember to prepare them properly so the sting is removed). Stinging nettles can also be used externally but for this information, I suggest reading one of the herbal remedy books suggested. 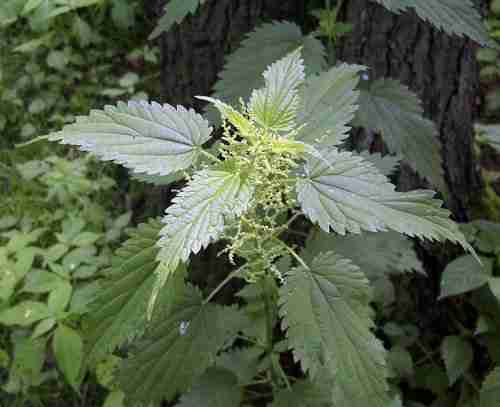