Watercress is easily grown by yourself.

Look for dark green leaves. The darker the leaves, the more chlorophyll there is.

Due to the fact that Watercress is a green juice, you will find it beneficial to have no more than about ¼ of your juice consisting of green juice.

Watercress tastes bitter. Watercress should never be drunk by itself as it is very powerful.

Watercress is very concentrated and so I try not use to any more than 1 ounce in every 8 ounce glass.

Watercress produces more juice than parsley, but its flavor is not as agreeable. I still like Watercress for its chlorophyll content, but for me, I still prefer coriander leaves or parsley. 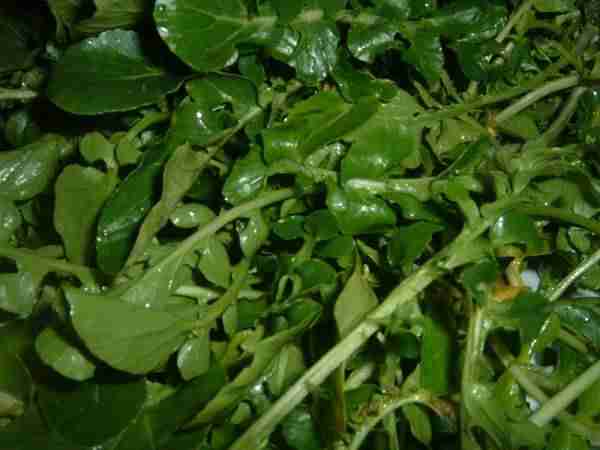