Look for dark green Cucumbers. Good Cucumbers do have a bumpy surface. Choose Cucumbers that are about 10 to 20 cm long.

Cucumbers are usually waxed and so if you can, get Cucumbers that are not waxed.

If the cucumber is old, it will appear yellowish.

Cucumbers contain a lot of water and the people of the Middle East and Central Asia are known for drinking Cucumber juice. In these countries, people drink Cucumber juice on hot days to help cool their body.

Cucumbers have a lot of Vitamin A in their peel, but if you buy waxed Cucumbers, then you should peel the Cucumber. Once this happens though, you loose most of the Vitamin A.

Cucumbers and apples are often waxed, unless organically grown. Once waxed, no washing can remove the wax. You have no choice but to peel.

You can apply cucumber juice to burns to help increase the healing time and to help soothe the burn. 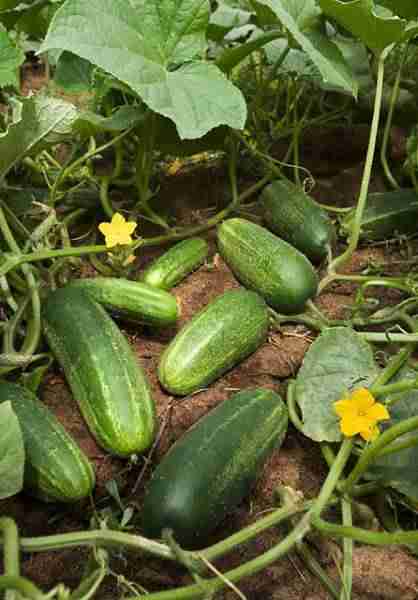